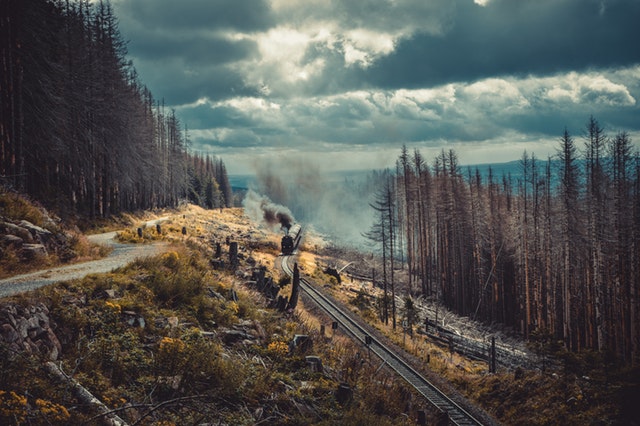 The huffing and chuffing of an approaching steam train filled the early morning air.

“Keep your eyes open, there’ll be a woman with them.” Bruno rasped to the bank employees positioned around him on the station platform.

“You don’t know that,” Walter protested.

“Thanks for playing along with this,” The Sherriff tightened his belt buckle. “I’ve been wanting to catch Jefferson Little and his gang for a long time.”

“You know I’m always glad to do my part for the common good,” Bruno pontificated. “I just wish everybody around here would do the same.”

Walter felt rage building inside his chest but he restrained it. His father had never trusted his judgement, exploding at him now wouldn’t change that.

Metal wheels squealed as they bit into the track, slowing the train to a halt.

“Better start thinking Walter…do you you want to spend your life with criminals or with your own flesh and blood?”

Walter took in the sight of the train before him.

All he knew is that he needed a change. He couldn’t stand his father or the bank any longer. After the train was unloaded he would meet Selena as arranged.

Maybe he was a victim of wishful thinking like his father always said. However, it was time to step out and be his own man.

A man with overalls smeared in oil climbed down from the engineers compartment.

“Alls off whose gettin off,” shouted the voice of a distant conductor.

The men positioned around the station platform raised their guns in anticipation.

For a moment there was silence, much like the silence that hangs over a town just before a hailstorm unleashes its wrath.